Celebrating courage in the name of fallen AP photographer

The 2021 Anja Niedringhaus Courage in Photojournalism Award, named for the Pulitzer Prize-winning AP photographer who was killed in 2014 reporting in Afghanistan, has been awarded to Fatima Shbair, a Palestinian freelance photojournalist based in Gaza City.

The award, administered by the International Women’s Media Foundation, recognizes the work of women photographers who put themselves at risk to report the news through images.

“Life here is different, and I had to find a way to [show] what was happening,” Shbair said in remarks shared by IWMF. “It is a great honor to receive this award, especially in Anja’s image, as we are all still learning from her creativity, journey, and pursuit of the truth.”

The award jury, which included representatives from The Associated Press and other photojournalists, noted that Shbair “took the time to pursue intimate storytelling, showing us both the physical and emotional toll on her subjects while operating in extreme danger.”

“Fatima’s stunning photo essay is one of the strongest entries the jury had the pleasure of reviewing these past several years,” the jury added. “Her work with light, angles, and composition is remarkable as she weaves through a forest of destruction in her own backyard.”

Photojournalists Kiana Hayeri, who documented conflict in Afghanistan, and Adriana Zehbrauskas, who covered migration and the toll of COVID-19 in Latin America, received honorable mentions.

Niedringhaus, who received the IWMF Courage in Journalism Award in 2005, was shot and killed by an Afghan policeman in April 2014. 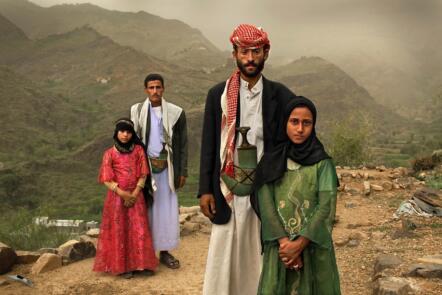 BEHIND THE NEWS Honoring courage in the name of fallen AP photographer Apr 20, 2017 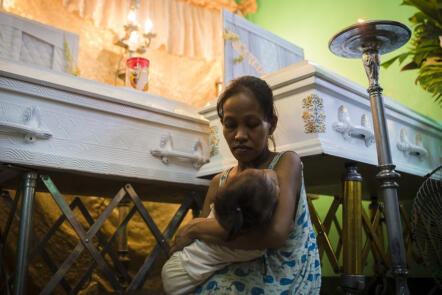 BEHIND THE NEWS Recognizing courage in the name of slain AP photographer May 1, 2019 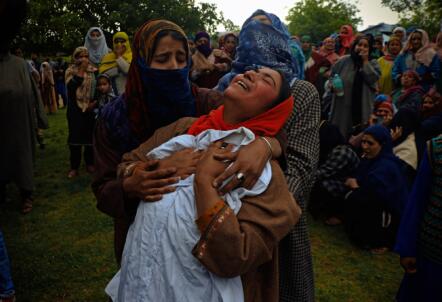 BEHIND THE NEWS Honoring courage in the name of slain AP photographer Jun 11, 2020